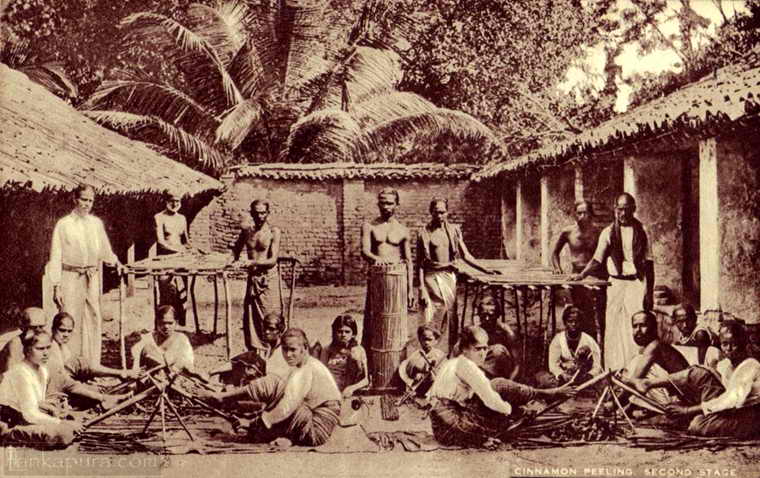 Cinnamon was one of the first traded spices of the ancient world. Cinnamon was a popular spice in the ancient Arab world and Arab traders have paved the way for Cinnamon to travel a long distance through the spice route to the European market. Cinnamon has motivated many historical voyages leading to the discovery of the New World by Christopher Columbus and Vasco De Gamma to Sri Lanka & South India.

Ceylon Cinnamon (Cinnamomum Zylanicum) a plant indigenous to Sri Lanka is a moderately size bushy evergreen tree. Cinnamon grown and produced in Sri Lanka has acquired a long-standing reputation in the international market due to its unique, quality, colour, flavour and aroma. The name Ceylon Cinnamon derived from the former name of Sri Lanka is a very established geographical indication for Cinnamon.

Cinnamon is the most important and valuable spice produced in Sri Lanka. Before the advent of modern food preservation technology Europeans used Cinnamon with Pepper to preserve meat products. Cinnamon is used in bakery products, Asian foods and flavoured tea for its distinctive aroma & flavour. With growing concern on health hazards associated with synthetic flavouring agents used in the food industry, there is an increasing preference for natural flavours worldwide.

The Ceylon Cinnamon belongs to the family Lauraceae and it contains about 250 species and subspecies. ‘Ceylon Cinnamon’ (Cinnamomum Zeylanicum Blume) and Cassia are the more important ones that are traded in the international market. Cassia originated from different sources such as China, Vietnam region, Java region, Indonesia and India. ‘Ceylon Cinnamon’ referred to as “sweet cinnamon” and “true cinnamon” is considered superior to the variety known as Cassia.

The unique method of processing and curing cinnamon entices the characteristic Flavour of Cassia. The preparation of Cinnamon quills involves a combination of art and skill unique to Sri Lanka and has been handed down from generation to generation over centuries. Value-added Cinnamon products such as Cinnamon oil, Cinnamon powder and Tablets are also produced and exported to a large number of countries.

USA & Mexico are the main markets for Ceylon Cinnamon. Colombia, Ecuador, Peru, Spain, Guatemala, Chile and Bolivia are the other countries which consume a considerable amount of Ceylon Cinnamon. Sri Lanka has an immense potential to penetrate into niche market segments in the International market.